When a female reporter from Mexico’s TV Azteca stepped into the New York Jets locker room wearing tight jeans and a ‘boob revealing’ blouse, she reopened the argument of whether the way a woman dresses can ever mean she is ‘asking for’ certain consequences. The reporter, Ines Sainz, interviewed quarterback Mark Sanchez and later tweeted that she was ‘dying of embarrassment,’ but made no complaint to the team. But others did complain.

This reporter is known for wearing sexually revealing clothing and the network she works for doesn’t seem to have a problem with her attire since she is shown on their website wearing sexy clothes. She also went on different TV shows to discuss the incident wearing a revealing black blouse.

Both sides of the issue have strong arguments. One side saying that dressing provocatively will incite provocative behavior, and dressing like a professional will ensure receiving professional attention. The other side argues that blaming the attire one wears is blaming the victim, which justifies sexual assault, and by asking a woman to dress less revealing could lead to women being required to wear burqas to keep them safe from sexual assault.

I don’t know how to solve this problem as a whole, but I know how to prevent women from being sexually assaulted in a men’s locker room—stay out of the locker room! And interview the athlete after he is dressed. I never understood why any reporter, male or female, has to go into the locker room to interview an athlete while the athlete is half naked. That creates an embarrassing situation for everyone. All reporters should be banned from locker rooms. A locker room is not a professional setting—there are men walking around naked. How can business be conducted in that kind of atmosphere? I doubt I could concentrate on a serious interview with a man in a towel with his ‘dingle’ hanging out.

What do you think? Was this reporter asking to be sexually harassed by wearing sexy clothes or should women be able to dress sexy without being harassed by men? 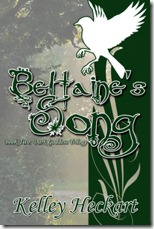 For some, spring’s song is the sound of a harsh battle horn, for others, new love, for all—certain danger.