We have loads of new stuff coming your way at The Pagan and the Pen. First, let’s get the regular goodies out of the way, shall we?

I am very excited to announce that we have an interview today called:

BIG BIG NEWS–Dena has agreed to do a monthly column with Pagan and Pen. Think Taboo with Dena C.

If you dig the (Free) Desktop Wallpapers, then June’s is ready!

Don’t miss June’s Pagan Artist of the Month either that Brandi Auset did the interview for. I am thinking Brandi has a true talent for this…

Now, some announcements & free stuff from our Authors:

Ancient Blood releases on May 31, and there’s still time to get in on the contest and win copies of Blood Line, Ancient Blood, an Ancient Blood T-shirt, and poster signed by the author! Go to Rie McGaha’s Website for an excerpt, contest rules, and how to enter!

Brynneth has a poetry collection coming out – very druidy in tone – Lost Bards and Dreamers. Cover art by Tom Brown, and it’s coming out very shortly with Alpheratz as an ebook first, and then on paper.

C.H. Scarlett’s book Wyntress Nyght’s Supernatural Crack: Exes & Hexes (Book One)is set to be released on June 14th, 2010 by Noble Romance Publishing. The book is a zany, supernatural shot for those who need their Paranormal fix. If you adored shows and characters like The Addams Family, Munsters, Elvira, Buffy the Vampire Slayer– then this series may just be for you. I warn you, though, no two bones about it…Wyntress Nyght can be a handful…and she knows it!  For more information click the title or check out C.H. Scarlett’s Website!

Now, for some more good stuff concerning the blog!!!!!

Because so many readers have contacted us or have posted , we now have COLUMNS!!!! BASED ON THE SUBJECTS YOU WANT!!!!

Writers have set out to bring you the articles you crave, concerning the issues you desire, and hopefully, in the end, we will leave you happily stuffed!.

Click on the links above to discover what to expect from those Columns. We are trying to cover all of the issues–Ancient celebrations, Women, GLBT, Pagan, Druid, Divination (Dear Spirit), Movies, Religious, Abuse, Controversial, the life experiences of William Maltese (who can entertain the masses easily), Men and Women relationships/differences, etc–  that you find interesting. If we are missing one, then please, by all means, let us know and we will see if we can find an Author to cover it.

Warning: This article is about an ugliness and closed-mindedness that still exists out there today.

A dear friend, Rie McGaha, Author of Ancient Blood, contacted me today truly floored by a reaction she got from a woman, she’d hired to do Pagan & Pen some business. As you know, Rie McGaha heads up the Review Site of Pagan & Pen. In fact, if it weren’t for Rie, we wouldn’t have Reviews at all. But because of her determination to try and correct many of the unfair mistakes done to Reviewers and to those needing unbiased Reviews, Pagan & Pen has, well, branched out into that arena, and successfully too, I might add.

For those who follow that part of the site, you may have noticed that over the last couple of months, the review team over there has been nailing the lists with well-written, constructive, and detailed reviews. Not only did we add to WHO is reviewing, but the amount that they were reading became absolutely phenomenal. Heck, at the end of the day, Rie had to finally break down and add an extra date to when the reviews would be posted. She was doing them on the 20th, but now, she added the 5th.

Anyway, wanting to give back to the Reviewers, Rie decided to dip into her own pocket and offer them up little gifts– for the one who reviewed the most and so on. She came to me and asked if I’d make up some T-shirt emblems, which I did, and then Rie went out and found a woman who had a business and would print them up. Rie was also planning to use the woman to print up Promotional T-shirts and items for her upcoming release Ancient Blood. (If you click that link, you can see the cover AND scroll to see the T-shirt) Pretty cool.

I for one was VERY excited especially when our first Reviewer chose one of my designs for the T-shirt. The logo she chose was my favorite: 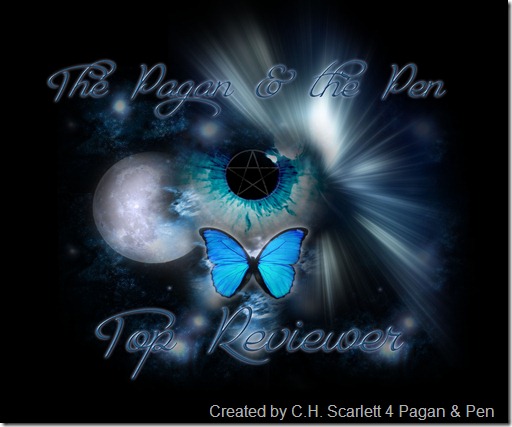 The woman refused  the T-shirt because the logo is clearly Pagan and since she is a Christian, she refused to make it. She said,  "I’m a Christian and I just don’t feel right printing something like this."

Rie McGaha is a Christian but she embraces us at the Pagan and the Pen and is accepting  of all walks of life, lifestyles, and paths. Once a Wiccan, she combines the two religions now, but goes by Christian and believes in Jesus. Yet Rie represents a more tolerate path of Christianity, while this woman who denied our logo represents old minds, old ways of thinking, and intolerance.

Does this woman not have a business? Isn’t it wrong to discriminate? By being paid to do us a service in which she offers, does that mean her soul is set to burn forever?

How offensive and dramatic.

But, that’s all fine and dandy.  Rie will take her business elsewhere. But the lady’s ignorance will make a point on our blog today and give a perfect example of the old minded thinking that still exists. People who will deny others a service, or a kind word, or even a smile if they are gay, or of a different gender, or from the wrong side of the tracks, or of a different race, or of a different path, or are just different—are on the soon to be extinct list. That’s right…I said it. And no, I am not threatening anyone with harm. I am just stating a fact, because these idgits are losing numbers because people are getting over it, and are tired of being judgmental and so dang hateful all of the time. they are moving on…the world is changing and so are they.

And while some Pagans, Spiritualists, etc are still wounded by this type of behavior, make sure you don’t make the same mistakes. Let’s not be like THEM, treating others horribly or turning our nose up because someone walks a different path of life.

And know that you are welcome here, on our blog, no matter what color, creed, gender, faith, religion, or mind.

Old minds will fade with an old world…eventually. Cuz times, they are ah changin’! 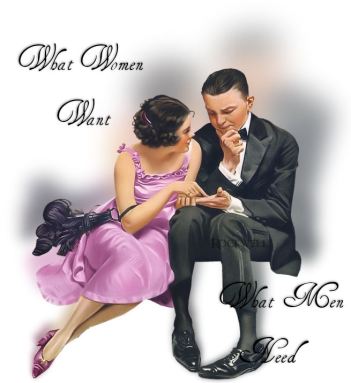 Something new brought to you by Rie McGaha. And don’t worry about losing this post. It will always be listed under our Pages in the top left menu.

Rie has pretty much done and seen it all. And not only has she applied that to her erotica and romance, but now she is bringing an all new monthly column to The Pagan and the Pen.

It’s no secret women and men are different, not just physically, but emotionally and psychologically. Our wants and needs, thoughts, ideas, and every other aspect of our beings are different, which often leads to clashes between the sexes. Here you won’t get any psycho-babble bull answers to your questions, instead you’ll get straight answers and real advice to all your questions.

If you have a question concerning relationships, sex, and or problems or confusion of any kind concerning the opposite or same sex, email Rie.

And don’t worry, you can keep your name anonymous. Email address will NOT be posted.

Questions and answers will be posted monthly on14th.

Wow, we have a TON of announcements for this month and lots of things coming your way.

We have a NEW page called : Who’s Blogging When? Calendar

This will let you know Who’s Blogging On What Day Each Month!

First, our theme for this month is Women Empowerment & Issues! We hope to bring you articles concerning Women & Healing, Women & the Goddess, Women Issues such as abuse, empowerment, self esteem, and more!

This month is all about raising our sisters up as high as we can no matter what path or faith they follow! A New Year is coming so we want those who are of our Goddess’ image ready, strong, and taking on the world!

Paganism: The Month of January

We have a new Pagan Artist of the Month!!!!!

First I’d like to say good-bye to Tom Brown who was our first *sighs*. You never forget your first do you? Well trust me, you haven’t seen the last of him if we have anything to do with it. I am sure *fingers crossed* Tom will let me show off his talent some more because he is such a good sport.

This month, however, we have one of our own that will shine. Her name is Kelley Heckart and not only is she an author but also an artist. So check out her interview and her kind of creations HERE.

Want to spread the word about Kelley? Here’s a short link so you can: http://wp.me/pwrVG-pJ

We appreciate any and all who help get the word out for our Artists and Writers. It helps them a GREAT deal.

Our Authors have a bunch of New Releases coming out in 2010. These are not ALL of their releases but they are the ones we know about thus far!

Free Promo Op For All Authors, All Genres!

If you’re an author with a past or upcoming release and would like a little free publicity then  please contact Rie McGaha at riemcgaha@gmail.com for info.

Don’t forget that we have the Pagan Holidays or also known as the Pagan Days. These are posted every day (mind you I might miss a day or two depending on life craziness) but they are packed full of information that I am sure Pagans and Non-Pagans will find of interest. if you like myths, lore, or are a history buff wishing to know what the ancients were doing…well check them out!

Don’t forget about our Pagan Months either!

Check the top of the page to the right for the email subscription.