I’ve had such a lot of recommendations for new Pagan books this month that I’m going to have to do two posts! It doesn’t seem so very long ago that ‘new pagan book’ was a rare occurrence to get excited about. We’ve grown as a community in so many ways.

So, here’s the new Pagan fiction and poetry….

Poetry and prose by Michael Forester

This collection of Spiritual Learnings in prose and poetry form a unique meditation that will support you in exploring your own journey, and the life events, both great and small, that will offer themselves to you as you travel forward.

Ashael is a hunter-gatherer woman, apprenticed to Bhearra, the healer and spiritual leader of their tribe.

The Zanthar are invaders from another world who extend their own lives by stealing the life-force of everything around them. They were last seen on KalaDene 200 years ago. They have returned, looking for The Vessel, a being prophesied to hold the life-force of the land. 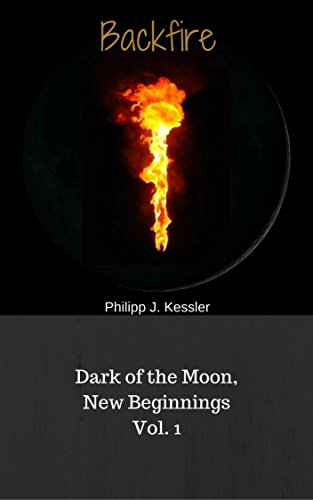 Dark of the Moon, New Beginnings, by Philipp Kessler

It was a simple protection spell, what could possibly go wrong? Everything and then some!

Sandra Blackwell wants to help her friend find peace and protection after a nasty break up. Little did she know that Elaine’s home was already under protection – if you call flickering lights and depression protection. After the bulbs begin to blow and they realize something has backfired, they battle their own mental and emotional demons to fix what Sandra did. Two Egyptian Gods play with Sandra’s understanding of who she is and Elaine is floating in her own personal limbo after the blow up of her relationship and the backfire of a well intentioned spell. Can they fix things without it all blow up in their faces?

The Shadow Crucible by T.M. Lakomy

In a world where angels, demons, and gods fight over the possession of mortal souls, two conflicted pawns are ensnared in a cruel game. The enigmatic seer Estella finds herself thrown together with Count Mikhail, a dogmatic Templar dedicated to subjugating her kind. But when a corrupted cardinal and puppet king begin a systematic genocide of her people, the two become unlikely allies.

You can read my review here – https://druidlife.wordpress.com/2017/04/17/review-the-shadow-crucible/

When Isoldé hears that her lifelong hero, Celtic folk singer Tristan Talorc, has just committed suicide, it strikes home and makes the oppressive London, where she works just after “nine-eleven”, feel nearly as oppressive as the Belfast of The Troubles where she grew up.  Fate intervenes when an ex-boyfriend offers her a job with him down in Exeter in the West Country. And so begins her enchanted journey to find the lost song of Tristan Talorc, the Moon Song…

More about the book here – http://www.moon-books.net/books/moon-song

Recently released Pagan books – please note these are not reviews, the book information is taken from author/publisher pages. If you have a Pagan title out, let us know, we’d be delighted to list you.

Revealing the Green Man is designed to impart a practical revelation of a deep and ancient mystery through actual archaeological and historic case studies which point to personal intellectual and spiritual enlightenment affecting everyone alive today. The book is not just a lazy stroll through entertaining stories of some lost mystery cult, but a resurrection of a long and ancient religion as old as time itself which is now challenging us to care for our environment here in the modern world. The Green Man proves himself to be a great deal more than a cute chubby face peering at us through a veil of leaves, rather he could be said to be a true representation of the very essence of life itself.

Tales of the Tuatha Dé Danann
By Morgan Daimler

This dual language pocket book represents a collection of new translations of several Irish myths and texts from folklore. Each story is first presented in the original Old Irish and then in English so that a reader can experience the story as it existed in the original before reading a new translation. Many of the existing translations are around a hundred years old, and often either exclude material or else skew the retelling to fit the mores of a more Victorian audience. The translations included here in stories including The Struggle of the Two Swineherds and the Wooing of Emer are an attempt to find a balance between a more literal translation that is still enjoyable to an English speaking audience. Material included focuses on the Irish Gods and related mythic beings, as well as some fragments of wisdom texts.

More about the book here – lulu.com/shop/morgan-daimler/tales-of-the-tuatha-d

The Immanent Moment
by Kevan Manwaring

The sound of snow falling on a Somerset hillside, the evanescence of a waterspout on a remote Scottish island, the invisible view from a Welsh mountain, the light on the Grand Canal in Venice, the fire in a Bedouin camel-herder’s eyes … These poems consider the little epiphanies of life and capture such fleeting pulses of consciousness in sinuous, euphonic language. A meditation on time, mortality, transience, and place, this collection celebrates the beauty of both the natural and the man-made, the familiar and the exotic, and the interstices and intimacy of love.

Natural Born Shamans – A Spiritual Toolkit for Life covers all aspects of performing spiritual or shamanic work with children and young people. It is aimed at anyone who has an interest in young people and their spiritual journey, and covers all age groups from “in utero” until age 18+.
The book explains what shamanic parenting is and describes ways of doing spirit-led work, even with both unborn babies and spirit children (after miscarriage, abortion or early death). It also provides 30 “tried and tested” session plans for people looking for inspiration and “where to start”.

More about the book here – moon-books.net/books/natural-born-shamans

Looking for reviews? Try the August post on Patheos Pagan.

There is no way onwards, but through,

No path that is easier to walk,

No shield that will deflect the blows.

There is no answer but to run

Barefoot and screaming through the fire

Holding to the insanity of belief

That there is some far side

Where no one will be throwing rocks,

And the screaming ends in a bliss

The only way forwards is through,

Walking into the storm in a summer dress,

Nothing, nothing at all can save you

You are destined to become the giant

Bearing the weight of the world

Those shoulders must suffice.

Being crushed offers no respite.

There is only through, the marching

Willing the path into existence

One step at a time, hacking a route

Out of the jungle of mayhem,

With no idea of direction,

When the screaming turns out to be

Your own voice raised in torment,

And the silence wears a death mask.

There in no way onwards.

Wait for the inspiration

Corn King, come and dance
Over fields and meadows and away.
Beckon to Sun and beckon to Self,
Crowned with the harvest
And sacred to Earth.

Lead us in the eternal circle
To honour Our Mother
Who gives and receives.
With steady step through golden autumn
Set yourself free.

Turn one last time
And sing us your song,
Echoing far through open fields,
Before your steps turn to Our Mother
And your light to darkness yields.