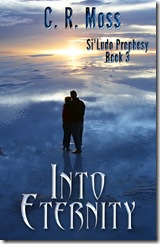 Publisher: Published by Devine Destinies: An imprint of eXtasy Books

Forever linked to powers greater than herself and that now reside within her, Calissa bears the burden of the knowledge she received in her water meditation. Back home in Oregon, she hopes her new awareness will help her keep her loved ones safe and will help stop history from repeating itself. Since she can’t reveal her true nature and let people know the extent of her powers, she falls back on old habits and mannerisms. She hates hiding behind the fake façade and playing a role that is no longer her, especially with JT, the man she has loved for centuries. Life would be so much easier if she came clean, but she can’t–not with him or anyone. Not until she finds out who is controlling her sister and who is the ultimate threat to her and JT. But in waiting, there is a chance that she may lose JT…forever.

Scrolling down to the first chapter my eyes met this…

When the rising lions meet and love, eternity will throw open its doors and into time will they soar.

~ Book of By’auk from the Augur Scrolls

Now that I like. I love it when an Author throws out a quote that seems mysterious, enchanting, or something my mind can entangle itself in. In fact, I liked it so much; I was eager for the first Chapter and eager to hunt for this Book of By’auk from the Augur Scrolls. Haven’t had time to do so but its on my list.

But getting back to CR Moss and her imagination–

I was nervous at first because this is a series and I haven’t read the other two. I do recommend that any reader about to delve into this book, take a gander at the previous books in this series instead of diving into the third first.

Still, anytime you throw a little prophecy my way, I consider myself charmed.  This book is also Romance…but absolutely all of it isn’t just another copy dressed up in fancy words. No, the steamy scenes you read here are all from the mind of CR Moss.

A sample line from the book itself:

She broke off the kiss, softly and gracefully, pecked her way along his jaw and down his throat, creating a path of love to his chest.

Now, I think that sort of thing is dreamy. It made me want to run into the next room and create my own path of love, and I might have, except this book happens to be a page-turner. So any paths being made by me would have to wait until I finished the dang thing. (Thanks a lot CR Moss)

Okay, so now I’m hooked and understand what the big buzz is concerning CR Moss–now to go find myself a prophecy, a man, some magic and some …well you get the picture.

If you are looking for something to keep you warm on the Winter Nights to come and you want something to dream on…go out and grab this series.

Cover (Rated 1-10): I give the Cover a 7 –Really wasn’t into the cover but then again, this score is all in the eye of the Reviewer. What would catch my eye in a bookstore and what I would pick up and read just by judging a book by its cover–I don’t think the cover does this e-Book justice, though but the story more than makes up for it.

For the points I gave were given for :

Not having the faces show on the cover. The two people are standing with their backs towards me while I’m looking at them. I really loathe covers that show me faces. Why? Because I cannot imagine the characters to suit my taste. If you give me a face, and I don’t like it, then I can’t push past that and create one in my mind that I do like. So this cover scores its points for that.

The Font of “Into Eternity” on the cover was very nice, but then the Font used on “C.R. Moss’s name” and then “Si’Ludo Prophecy Book 3” was rather plain compared to “Into Eternity‘s” font. I love it when covers mix fonts but these two just didn’t seem to go together.

The same font used for ‘Into Eternity” was used inside the book itself for Chapters and the first letter of each chapter. Now that rather gave things a sharp and popping edge for me. I really liked it. It kept my eyes from getting bored.

However, I do have to add that the format, the set up, the slim blue bar, and the font inside the PDF itself, was some of the best I have ever seen. Very good eye candy and very professional. Now that, I give a 10!