Today, the Greeks are having a Pompaia of the Sacred Fleece!

In classical Greece, a Pompaia was a formal celebration of rituals that took place in many cities and towns by tons of people—people being the key. In this particular one, many  would carry the skin of a sheep that had been sacrificed in honor of Zeus. As they walked together holding the fleece, a priest of Zeus would hold up a Caduceus (a staff of Hermes intertwined with snakes) and lead them onward.

Zeus was said to protect all those participating in a Pompaia.  This particular one was meant to drive away storms so that the newly planted crops would not be harmed or destroyed. However, there are other purposes for this day as well. One of them being evil. If someone had been doing lots of evil deeds and wanted to be purged from the evil itself, they could place a left foot on the fleece, and the fleece’s power would drain all the evil out of them.

Today, Greece is holding a festival for Praetextatus & Paulina.

Praetextatus & Paulina happen to be the keepers of the Eleusinian Mysteries.

Today an initiation ritual would have been preformed by the Greeks and their Priestesses. That’s what the Eleusinian Mysteries are, initiation of the initiate, along with whatever celebration and ceremony that moment called for.

These mysteries belonged to Demeter and her daughter Persephone. These mysteries, not to be confused with lesser ones, were the greatest and most sacred in all of Greece.

In Egypt, we have another feast going on. This one is for Sekhmet—a goddess you really don’t hear too  much anymore unless you frequent Vampire communities online or, maybe, in life.

Vampires or those who are into that lifestyle, having their own reasons, have adopted this Goddess into their own personal pantheon, but in Ancient Egypt, no such belief existed *winks*—least not on this day of course.

On this day, Egyptians would have held  a huge feast in Sekhmet’s honor and homage paid to her Purifying Flame.

Her name means power or might. She sustains the spirits of those who have died by bringing them food in the Underworld.  If you are living, she would be important to you to as well. For if you have need of conquest, vengeance, or punishment for wrong doers, then you would skirt off to a Temple of Sekhmet.

Beginning as a warrior, she was all about protection. The Pharaohs’ depended on Sekhmet greatly for protecting them. It is said that her breath created the deserts.

Sekhmet (Sakhmet) is one of the oldest known Egyptian deities. Her name is derived from the Egyptian word “Sekhem” (which means “power” or “might”) and is often translated as the “Powerful One”. She is depicted as a lion-headed woman, sometimes with the addition of a sun disc on her head. Her seated statues show her holding the ankh of life, but when she is shown striding or standing she usually holds a sceptre formed from papyrus (the symbol of northern or Lower Egypt) suggesting that she was associated primarily with the north. However, some scholars argue that the deity was introduced from Sudan (south of Egypt) where lions are more plentiful.

Sekhmet was represented by the searing heat of the mid-day sun (in this aspect she was sometimes called “Nesert”, the flame) and was a terrifying goddess. However, for her friends she could avert plague and cure disease. She was the patron of Physicians, and Healers and her priests became known as skilled doctors. As a result, the fearsome deity sometimes called the “lady of terror” was also known as “lady of life”. Sekhmet was mentioned a number of times in the spells of The Book of the Dead as both a creative and destructive force, but above all, she is the protector of Ma´at (balance or justice) named “The One Who Loves Ma´at and Who Detests Evil”. Source 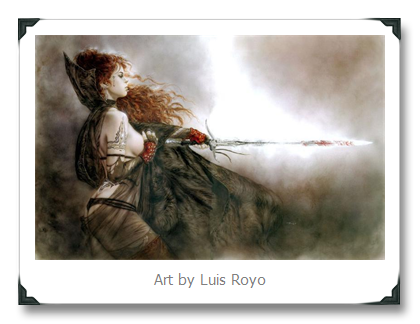 Ever hear of the Greater Panathenæa? Well it happens to be a festival which the Greeks absolutely adored and was all in honor of their Goddess Anthena. She was the patron of war, enlightenment, art, etc. The Greater Panathenæa was a big deal to the Greeks because they would have HUGE festivities today including but not limited too–races, (single and grouped), other games, prizes, feasting, wrestling, contests, dancing, and tons more.

But while the Greeks were doing that, Romans were having yet another huge day on their side of the world all in honor of their Goddess Vesta who happened to be the Goddess of fire, hearth and home. Remember me telling you sometime back about the Vestal Virgins? Same deal, which goes to show you just how important this Goddess and her priestesses were and how it must have crushed many when Christianity drove them out of Rome.

Catch her and those who haunt her grave at:

Today is a Celtic/Irish feast for their Goddess Epona.

Today, in the Egyptian calendar, the God Seth goes forth.

Today Ancient Greece would celebrate a festival for Pallas Athena.

Do you ever get the feeling that the Greeks just loved to celebrate stuff? I do, especially doing these because it seems like almost everyday, there’s a party or some sort going on in Ancient Greece.

Anyway, Athena was their Goddess of wisdom and art.

Her birth is probably the most strangest of all births in mythology. You see her father was Zeus and the story goes that he swallowed up his first wife, Metis.

Back to the story, the reason he did this to Metis was…

Was she cheating on her?

Was she nagging him to death?

Did she threaten to strike his mistress with a lightning bolt if he didn’t cut the fooling around out?

Did he leave his godly socks on the floor?

Zeus was scared to death that Metis would give birth to a son that was mightier than him. Through this myth, we see the signs or some of the first I have ever recognized, of an all powerful God that reflects insecurities and dangerous jealousies

So gobbled her up, he did, and afterwards, he probably regretted it–or I did after reading the story years and years ago. .

Because Prometheus later on took an axe to Zeus’ head, splitting open his skull. Talk about a head ache. Ouch.

Anyway, when Zeus’ skull departed like the red sea—oops that might be another story—Athena leaped out, fully grown, fully armored, with a sword in hand.

Next time you have a migraine…is it because of stress or maybe you are a god and have a son or daughter poking around with a sword inside your head.

That’s it for today folks! See you tomorrow!