Iolo is one of the five vowels of the ogham tree alphabet, representing our letter I.

Yew is the longest lived of all British trees, holds great knowing and wisdom. It’s been the coffin-maker’s tree for ages. It was also the tree of weddings, the bright red yew-berries were thrown as good-luck charms over newlyweds, offering their sweetness.

Normally I would talk about this tree at Samhain but I saved it for winter solstice this year. Here in Britain this year we have snow, lots of it, an unusual occurrence for us for the past 20+ years. Now global warming is really cranking up the winters are changing and becoming more severe. No-one knows yet how the new patterns the Mother is making in the weather will pan out, we may get a set of hard winters and then a set of wet, soft ones … we must wait on her and see what she gives.

In case you didn’t know, Solstice is 21st December. Astronomically this may be slightly different each year but for purposes of celebration many folk stay with the 21st. this year we had the added blessing of a blood-moon this morning. The energies were amazing where I lived but I couldn’t physically see much because there was a high mist covering the whole sky. I could sense the covering of the moon, the eclipse, but not see it with my physical eyes.

The 21st is the beginning of the solstice period, the period of three days when the sun appears to rise at the same point on the horizon. This is very well marked at Stonehenge, and at other less well known stone circles. Our ancestors knew …

The three day period of apparent standstill ends with the sun appearing to move forward, rise in a slightly different place on the horizon on the 25th December. In our tradition it’s called Sun-Return and signifies the birth of the King. In early mediaeval myth here in Britain this became the birth of Arthur but before that it was the birth of the Mabon, the eternal child who brings us the journey of the soul. It’s not surprising that the Christians took it up and used it for the birth of their winter king who – like all puer eternis – shows us the soul journey.

Sun-Return is the day the sun begins to move again after the 3-day standstill of the Winter Solstice; i.e. 25th December, and is a symbol of birth out of death. Archaeologists still seem to like to say our ancestors would have been afraid the sun was never going to come back but this is a highly denigrating view. You only have to watch the sun return one year to see it will. If you’re particularly fearful then maybe it takes two or three years … so you’re probably aged five or so when you’ve got the hang of it, especially if your parents take you to rituals and give you the stories.

Besides, people who could build such accurate time-pieces as Stonehenge and the other circles would hardly be so dumb as to not know about the seasons, that would make no sense at all. Sometimes we appear to have gone backwards in our common sense and be trying to pull our ancestors back into the childish habits of thought many people live in now.

Yew’s watch-words are “I am the tomb to every hope”.

What does this mean? What is a tomb? The thesaurus offers the following …

A place where things/people are buried after they have died. In the case of ossuary it is a place of bones, a charnel house where the relics – the bones which take perhaps millions of years to decompose – are stored. The word necropolis refers to a city of the dead, a physical vision of the place where the ancestors live. It makes some sense of the habit the Christians picked up of “relics of saints”, the bones. They again use the idea from the far more ancient pagan tradition of keeping a small part of the body an ancestor had once worn as a link back to the ancestors. Unfortunately they mostly don’t know about this tradition and meaning, however the innate human knowing does usually get some sort of a handle on it.

But why the tomb of hope? This can sound frightening to many. Hope … what is this? The thesaurus offers lots of possibilities for this word …

Hmm … what do you make of all that?

And then there is the Greek story of Pandora’s Box. The story goes that

Pandora, whose name means “giver of all” or “all-endowed”, was the first woman on Earth. Zeus command Hephaestus, the god of craftsmanship, to create her, which he did using water and earth. The other gods granted her many gifts – beauty from Aphrodite, persuasiveness from Hermes, and music from Apollo.

After Prometheus stole fire from Mount Olympus, Zeus sought reprisal by handing Pandora to Epimetheus, the brother of Prometheus. Pandora was given a jar that she was ordered not to open under any circumstances. Despite this warning, overcome by curiosity, Pandora opened the jar and all the evils contained within escaped into the world. Scared, Pandora immediately closed the jar, only to trap Hope inside.

This story is very like the creation of Blodeuwedd by Gwydion and with perhaps som of the same purposes. Hope is a funny, tricky thing. W often say things like, “my hopes were dashed”, “there’s no hope”. Hope can turn very sour and evil when we have pinned all our faith on it and it doesn’t come to pass as we expected … as we’d hoped!

This takes me to a gift I was given many years ago. One of my teachers told me he went into every situation “full of expectancy but without any expectations”. Do you get that?

He is open to anything that may come but without pinning his own ideas, wants, needs, expectations on it. He leaves room for the universe to be, he walks the universe’s path rather than trying to constrict the universe into walking the path of his own small desires.

So the watchwords of the Yew make some sense now?

If we bury our little personality hopes, desires, wants, then we make room for the big gifts the universe wants to offer us. The yew takes in these petty personal desires and composts them for us, buries them, allows them to decompose and go back into their constituent atoms so they can be remade anew into the good things that Life, the Universe and Everything really needs.

It also makes sure we don’t try to make everything live by our own scripts. We put space and boundaries around ourselves and allow others to be different. We can still grumble about the difference – inside out own space! – as long as we leave space for others.

So we put our hopes into the tomb the yew provides for us and go out to find the new path.

This is the death and rebirth thing of this time of year, of the going down of the sun and his/her return after the three days, to begin a new cycle, to begin the stirrings of springtime, of the herbaceous plants who demonstrate this so beautifully for us by dying down into the ground over the winter and then springing back up out of the soil as the seasons change.

Ponder on all this for the season of Sun-Return. I’ll talk more about the planet Saturn and the metal Lead later on today. 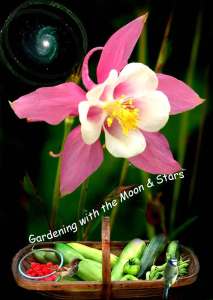 1.      16 April – Using the Calendar. This first Saturday gets you going with understanding the basics of biodynamic gardening, what it is, what it does and how to work it.

2.      21 May – Prep 500. Using the horn manure preparation. We make the preparation today, bring a jam jar with lid and you can take some home for your garden

Venue: Archenland – details of how to get here sent when you book

Contact us to reserve a place for the series – get going with biodynamics, it’s organics with Oomph !!!

Paul is composting like there’s no tomorrow! And doing leaf mould. At present it’s just about getting the heaps together. We’re using Mausdorfer to each layer for now, when the heaps are big enough we’ll put the preps in and leave them to cook until March/April.

Again, we’re a bit behind – due to my shoulder op, Paul’s got to do all the other work until Midwinter as I’m not even allowed to push a mop around the kitchen floor. However, we’ll get there and we know we can rely on the preps to speed the compost along.

With leaf mould, if you run the lawnmower over them, chop them up and, at the same time, add a bit of grass in with them, the leaves go a hell of a lot faster. If you then add cow-pat-pit or Mausdorfer, then the compost preps, the whole thing can be ready by next autumn which is pretty good for leaves. As we’re putting both starters and preps on the leaf mould this year we wonder if it might even be ready before then – we’ll keep you posted here.

behind every gifted woman there’s usually a rather talented cat …

I’m a bit stymied on this work this year because of the shoulder operation. It was very successful but it means I can’t do any heavy gardening – like turning over the veg beds – until February. I’ll just have to manage! It will mean the beds will have to be done all of a rush in the late winter though.

I managed to get some winter crops sown before I went into hospital and am allowed to do light weeding so I can keep the beds clean, no competition for my precious veg. the chinese greens are doing well, wonderful, tough plants they are that get going and keep going very well. The perpetual spinach will be sine too and the overwintering sprouting, broccoli, caulis et al are doing OK. The swedes and parsnips are amazing size already. As we’ve had a couple of frosts now they’re all very good to eat – winter stews are being added to the cookathons!

I didn’t get much winter salad into the poly tunnel before I went into hospital so I hope to get some going indoors and then gradually put it out for the spring. It’s far too cold to germinate out there now! As we’ve got leaf days in the NPT on Thu/Fri I hope to use them to sow some winter salad. I’ve been collecting old plastic boxes that the supermarket veg comes in for planting tubs, they’re very good and often already have holes in them, all I need now is something to stand them in to catch the water … a good hunt round the kitchen and scullery should find me something.

I also use the cardboard inners from toilet rolls as root-trainers – they come with the loo-roll and will decompose in the soil when the plants are transplanted so there’s no need to disturb the roots. Or to spend pounds on posh plastic (which won’t decompose and cost loads in energy to produce as well!) root-trainers from magazines and garden centres. I’m afraid I don’t subscribe to the spendaholic method of getting us out of recession!

I intend to sow some very early tomatoes, peas, beans – as I didn’t get the outside ones in the ground before hospital either! – for cropping in the polytunnel and greenhouse early next year. Not having had a greenhouse before I’ve not been able to do this for a long while, this year will be a bit of an experiment to see how it goes – have high hopes.

behind every gifted woman there’s usually a rather talented cat …