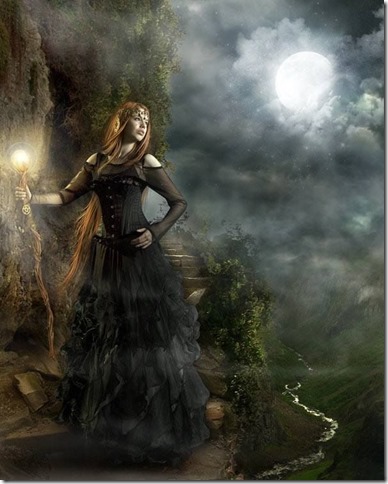 Although today’s Calendar hasn’t a thing to do with Egypt, I’d like to point out something Egyptians started to do that we eventually see throughout every other culture throughout History.

Perhaps Normandi Ellis said it best in her book, Awakening Osiris, when she wrote…

Her book has been one of my few favorites for too many years to count and even though today, this Pagan and her Pen are not even entering Egypt, I am still reminded of those words.

Cultures to come would follow this example but they would also take it one step further…perhaps, they would leave the name but instead, rewrite their story. Reshape them into something less than what they were previously.

Hera is the perfect example.

At one time, Hera, mother of all, predated all gods that would eventually enter the Greek scene—even Zeus. Hera was respected and loved. She had the power to give others immortality in the form of a drink called, Ambrosia. Her name became titles linking her to previous cultures. Queens connected themselves to her using the words, "Holy One" which had significant meaning to all things Hera.

But at some point, Hellenic writers recreated things that were not in the Mother’s favor. They attempted to make Hera a lesser deity than, say, Zeus. She became the cause of all their quarrels, a jealous wife, who was out to destroy everything and anyone standing in her way. And let’s not forget, whether or not an unfaithful Zeus took a shine to them.

Despite Man’s crimes against the reputation and story of Hera, she still managed to survive well up into the Middle Ages, where women of the craft and Old ways, still whispered legends of Hera’s magical garden of the Apples of Immortality grew somewhere within’ Fairyland.

Our Ancient Celtic Ancestors made this day sacred to Elena, their Goddess whom is also known as Helen, representing that of the Holy Road. In the King Author stories, she was named Elaine.

On this day in Egyptian Calendar, our beloved Osiris goes forth from the Mountain. And I’d like to quote something from my favorite book……

The doors of perception open; what was hidden has been revealed. It is myself I see and a thousand colors swirling in liquid light. I am where the sun sets below the mountains. I am in this body. I am that star rising above the clouds hung by a thread from its ocean moon. Hail myself traversing eternity walking among the gods, a shuttle flying across the loom through the threads of time. This is all one place, one cloth: a man’s life endures. On earth flowers grow, snakes crawl and wisdom lies in the palm of a hand. All that is will be—hawks and sparrows, the thousand lives within.

I have come home. I have entered humanhood, bound to rocks and plants, men and women, rivers and sky. I shall be with you in this and other worlds. When the cat arches in the doorway, think of me. I have sometimes been like that. When two men greet each other in the street, I am there speaking to you. When you look up, know I am there—sun and moon pouring my love around you. All these things I am, portents, images, signs. Though apart, I am a part of you. One million things in the universe, I am the universe, too. You think I disguise myself as rivers and trees simply to confuse you? Whatever I am, woman, cat or lotus,the same god breathes in every body. You and I together are a single creation. neither death nor spite nor fear nor ignorance stops my love for you.

May we come and go in and out of heaven through the gates of starlight. As the houses of earth fill with dancing and song, so filled are the houses of heaven. I com, in truth. I sail a long a river and row back again. It is joy to breathe under the stars. I am the sojourner destined to walk a thousand years until I arrive at myself.

The Egyptian Book of the Dead

May you all have a magical Sunday.