I was inspired to write this post by two factors:

1, being this post on the concept of honour by Nimue Brown, it gives a great comparison on honour being an excuse to beat people up and honour being a sense of doing the right thing, despite all odds.

2, being a conversation with Devi regarding religion and her stance being that any form of organised religion is a method of control.

Both of these made me think of my concepts of honour and what religious laws (if any) that I followed.

What came to mind was my favourite quote from Diogenes Laertius when describing the observed law of the religion of the Celtic people:

Diogenes Laertius was writing about the Druids and the law they taught to the rest of Celtic society, he…

A new book for Pagans and of particular interest to Druids… 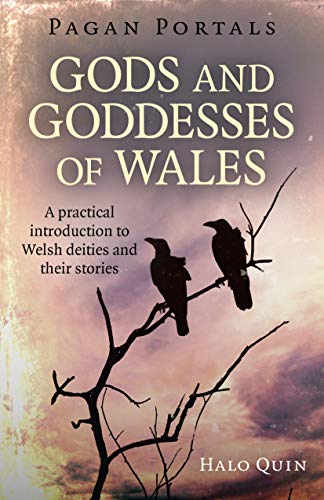 June 2019 sees the release of Halo Quin’s Gods and Goddesses of Wales. This is a Pagan Portal – meaning it’s a short, introductory book. I read it a while ago – one of the many perks of my working life.

I very much like Halo as a human being. I’ve spent time with her at Druid Camp, she’s a warm, lovely person full of inspiration. She’s not identifying as a Druid – but honestly what she writes is just the sort of thing for a Druid starting out on their path. Welsh mythology has a central role in modern Druidry, but getting into it can be a bit of a struggle. This is an ideal beginner’s book, giving you very readable and relevant takes on those key myths and figures.

This is a relevant book for anyone interested in Welsh mythology or deities associated with the British Isles. It’s…