A sumptuous blend of traditional lore, excellent scholarship, and a rich and ethical modern practice in the Fairy tradition.

“Modern paganism includes a dizzying selection of paths and traditions, of which Fairy Witchcraft is but one. Some people may find the combination of neopagan religion and traditional Fairy Faith beliefs ideal; others may decide that it is not the path for them. Indeed, although it is a path with many rewards it is also a difficult one to walk and one that requires a great deal of effort to practice. Above all, it is a religion of risk, not something safe and secure to curl up in like a warm blanket, but rather a tough pair of boots that will take you off the beaten path and into the trackless woods.” p1

I am excited by this work. I liked it enough to order a second copy as a present for my niece.

If I hadn’t known Daimler’s work from books like Pagan Portals: Brigit – Meeting The Celtic Goddess Of Poetry, Forge, And Healing Well and Pagan Portals – Irish Paganism: Reconstructing Irish Polytheism, a glance at the cover would have led me to a wrong conclusion. Not because it is the wrong cover for the book—it’s lovely—but because of my own preconceptions. The cover image is of a pretty white woman wearing flowing robes and a flowery headdress, a book open in her hand, and the greenwoods blurring out behind her. Because of the sort of fairy-related things I have seen for years and years, I would have assumed that this was a light feast, possibly not very well researched, or at least, not covering topics that would be of much interest to me. I would have assumed it had an emphasis on a romantic, Victorian idealization of the Fair Folk, or alternatively was a Wiccan book: two things I was hugely drawn to in my younger days (first the one, and then the other), but which have been replaced by a love of the nuts and bolts details of the cultures, tales, and traditions that gave birth to them.

Luckily, this is my fifth nonfiction book by Morgan Daimler, and I would not keep coming back for more if I wasn’t very happy with what she has to offer. In all of her books she exhibits a careful and thorough scholarship in tandem with a genuine love of the traditions, both ancient and modern, that she is describing. There is a depth and breadth to her knowledge of the deities and culture of pagan Ireland, as well as a broader understanding of Irish, Scottish, Norse, and German spirit lore. She blends these with a deep personal practice and honest commitment to an ethical and full-bodied Polytheistic path. So when she tells me what she means by a “witch” in the first few pages, and when she says her term Fairy Witchcraft describes a modern Pagan practice that draws on the old Fairy Faiths, I am already sitting up and paying attention, eager to go on reading the book.

“A Fairy Witch is someone who has nurtured a relationship with fairy beings, who uses herbs magically, who uses divination, and who can identify and deal with different magical problems, whether they are caused by Fairies or by other magical people. Studying and understanding these older types of practitioner helps give us guidance on what we should do and how we should approach the magical side of our own witchcraft.” p 6-7

(A fairy is one of) “a wide array of Otherworldly beings and land spirits, which are not human and which may or may not be kindly inclined toward humans. Much as the word ‘animal’ includes everything from mice to bears, the word ‘fairy’ includes everything from tiny sprites to monstrous giants, from diminutive pixies to human-sized elves, from hags to water-horses.” p7

Although greatly interested in Irish deities and lore, I was not actually aware that there was such a thing as a NeoPagan Fairy path, so this book was an eye-opener for me in many ways. Daimler, herself a follower of Fairy Witchcraft, carefully explains to the unschooled like myself the basic principles of understanding and relating with the Good Folk, clarifying who and what they are, ways in which traditions agree and differ in regards to them, what types of offerings and principles of living please and annoy them, and so on. She discusses Irish, Scottish, Norse, and German fey, and offers her own experiences and insights, along with conclusions she has tentatively formed based on all of this. (The Norse material is in large part new to me, and it is useful to have it alongside the Irish.)

That is one of the things I like most about Daimler. I know where I am with her: is this information from the texts and traditions of old? Is it a modern idea? Is it her own reworking or new translation of an old text? Is it drawn from direct experience? She does employ all of these things, but she doesn’t mix them together higgledy-piggledy, so it is easier for me to decide what sort of weight to put on them. This is not an easy trick to pull off, and I am grateful to her for the effort she puts into it.

Daimler’s writing style is very readable as well. Many books of fascinating information are written in such a leaden way that it is hard for me to plough through them at all. Not so with her. The writing is idea-rich but clear; she is willing to give detail where needed, but doesn’t dwell overly long on each point. I always find myself reading longer than I intended to, because the book is so darned interesting.

A couple of random highlights from Fairycraft:

I am grateful, as I read “Chapter One – Beliefs” and try to get a sense of what Fairycraft is, for Daimler’s lucid, systematic presentation of her materials. She doesn’t neglect the most basic things: e.g. What are gods? How do fairy witches perceive them differently than in other branches of polytheism? How do they differ from fairies? But neither does she talk down to the reader; she is building a structure on a well-delineated base.

In “Chapter Four – The Other Crowd and Ancestors” I was particularly touched by her thoughtful exploration of how and why we might honour our ancestors. She addresses the temptation to cherry-pick who we will honour, and who to leave off, and does so in a way that both challenges us and is sensitive to our pain. This is one of the many examples of Daimler’s ability to think about a topic from many angles, and to ask us to live with integrity. Similarly, the insights in her discussion of what makes a space sacred (Chapter Five – Tools and Ritual Space) is a great part of what makes this book so special.

This is the longest of Daimler’s books I have read thus far, and it is a pleasure to see her unfold her subject in such detail. The slimmer Pagan Portals books are excellent introductions. Their brevity and strict focus is part of their strength. But in the longer form Daimler is able to stretch her wings, and I am very glad I decided to read a book that gives her that space.

For those who get a thrill from new insights into old ways, there is much to appeal in Fairycraft by Morgan Daimler.

Folk and fairy tales have come down to us through the ages. They continue to be birth themselves today with modern authors like Terri Windling’s The Wood Wife, and Patricia Wrede’s Talking to Dragons.

What is a folk tale? They can be hard to describe but one thing they all seem to have in common is that they’re teaching stories. They all have a point and teach how to be and work with otherworld through the actions of the characters. They show us how the world, the universe and everything works and have done since our ancient hunter-gatherer told tales and to help their younger folk to learn the ways of the world. They show us ordinary folk (show not tell!) how to be and behave when we meet otherworld.

And this is what I write, magic/mystery/romance. The novels are set in the present…

This is the sort of book I have been looking for for a long time, an absolutely  wonderful book full of information on Magic, its a very very  must have reference book.
I found that while looking through I was  making notes and then looking for other words… just to look up,
I also loved that there were dotted about, some Charms , Spells, Folk medicine, Tree Lore and Seasonal Celebrations. I got this book on kindle but will be making a  purchase for a hard copy, well worth having on your book case, you will use it time and time again. I just love they way Melusine writes too. Brilliant. 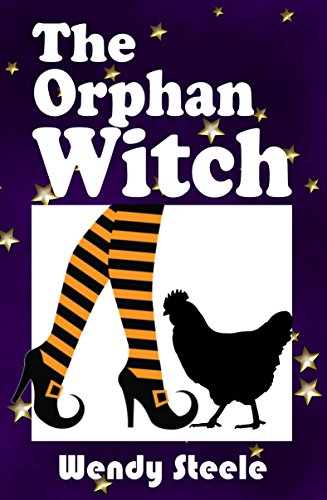