Tonight is Lammas Eve .  While tomorrow is Lammas, this is one of our most important Pagan Holidays as it was for the Ancients. It means Death of the Grain. Ill probably work some articles up concerning this separately, just let this mark our time to prepare. Our ancestors would cut the grain and bake a blessed bread.

Today, the Norse would have held an observance in honor of Loki and his wife, Sigyn.

The Celts had an Observance called Oidche Lugnasa which honored their god of the sun named, Lugh.

Lugh’s birth was a dramatic one. His morning was trapped in a tower made of crystal by her father Balor. Balor was the god of the underworld. Why would daddy imprison his own daughter? Same reason most father’s lose their cool. He didn’t want any man touching his baby girl.

Didn’t work, though. Ethlinn, Lugh’s future mother, found a way. Her lover, Clan, not only got her pregnant but he impregnated her with triplets.

Being a Grandfather didn’t exactly suit the God of the Underworld as he tossed his own Grandchildren out the tower to drown. All but Lugh did. Instead, he grew up to be the perfect man. He was a master of weapons, athletic, artistic and very good looking.And he would only add revenge to his list of successful endeavors for he would murder Balor during the Second Battle of Mag Tuireadh.

Those of the Ancient World and Present Day Pagans share an event known as, Lammas, or, Lughnassadh. It is a Sabbath on August 1st, when God enters the Earth, sacrificing his body to become the Grain or Corn. Please note, while I may use “Grain” below, it may also be interpreted as “Corn” for both were very important – then and now.

It is the first Harvest when the God of the Sun marries the Goddess of the Earth, relinquishing his former existence and essence so that he may rule the Underworld as Lord of Shadow.

Mabon, (Autumn Equinox) will be your second harvest and Samhain, the third. All good things come in threes.

This belief has survived throughout the Ages from one Culture and Religion to the next. Some, who blend Christianity with Paganism or recognizes the link from one to the other, may think of Christ, when he died upon the cross, giving up his flesh to become something more spiritual, passing from one life to his next. Christ was said to give his blood to wash away sin while the Pagan God gave his to offer life after death and to the grain, blessing a life-giving Harvest.

The grain is represented by the God and vise versa.  It represents the cycle of life – a reflection of us all.

The season has begun it’s coming to an end, as life eventually comes to an end. But while the grain dies in the field, is it lost to us forever?

No. The grain relinquishes it’s seed and when joined with that of Earth, holds a promise of rebirth—renewed life.

As the God dies and joins with the earth, entering her for their sacred marriage, he will one day be reborn from Mother Earth, anew.

So is the same for us all.

Our Ancestors used bread to commemorate this holiday. Present day Pagans, whether they are Practitioners of Rituals or not, may also use bread.

If you are one to use Rituals, I have one listed below. If you are not one for Rituals but want to do something to mark the occasion, then my suggestions is to either make or buy a bread that is made up of grains, cracked wheat – the healthier stuff. You can also use corn, corn bread, etc. 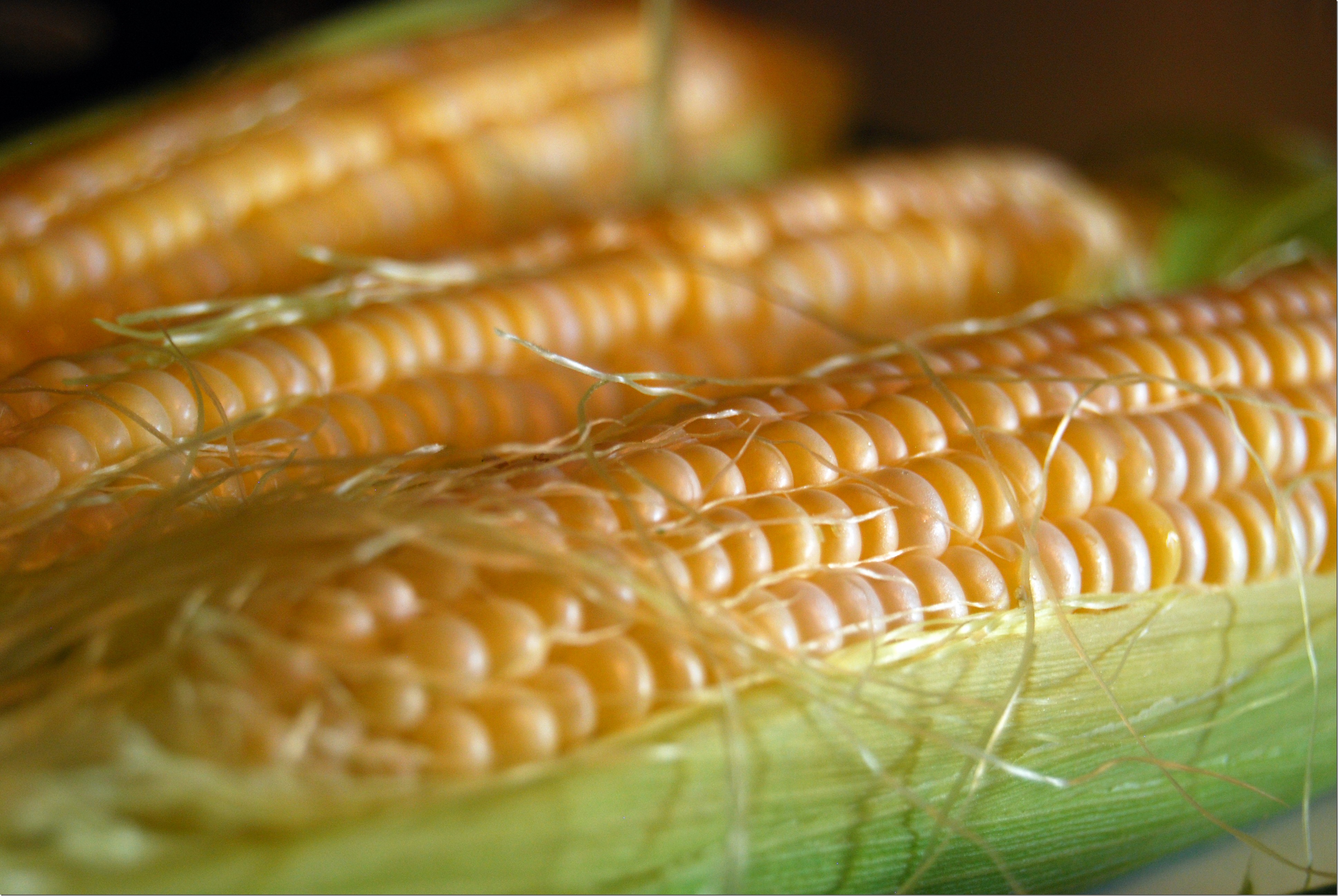 If white is all you have, I am sure your Deity will be forgiving, but if at all possible, a more natural food would be best.

Incorporate it in a family meal or a supper of one. Simply bow your head asking that the God, Goddess (insert your deity) bless the bread and grain.

It is a time to enjoy the fruits of your labors or a time to see your efforts pay off and come to form.

Dancing is often seen and done in the old world and new. Twirling, spinning, dancing around a fire represents the sun (fire) and the constant orbit we make around it. The sun passing through seasons, moving and changing.

A song or chant to do, whether round a fire or candle flame can be found in a book called, Grimoire for the Green Witch, by Ann Moura. This is just a shortened version…

I celebrate the Day of the First Harvest, the Festival of Bread and the Marriage of the Sun and the Earth.

Then Sing or Chant while dancing in circles:

Dance, dance, wherever you may be;

Turn, turn, a Circle then you form;

Down, down, into the Earth He’ll go;

Giving life to the grain that in Spring we sow.

He rules the Shadowland till Yule;

When His Sun is reborn and He joins us anew!

My Own Personal Molasses Bread Recipe 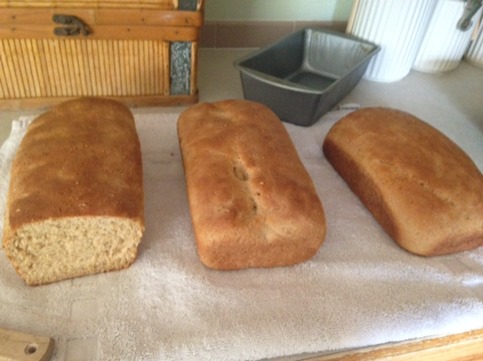 1 cup of rolled oats (If you can’t find “rolled oats” go ahead and use steel cut or rough cut oats. I wouldn’t do instant, though. They won’t hold their texture. )

1/3 cup vegetable shortening (If you have lard that you made, go for it.)

2 packs of active dry yeast (I used a fast yeast and it worked great for me.)

1/2 cup of Molasses (The first time I did this, I used homemade Molasses. Was great. Second time, I used store bought. I wasn’t wild about it. You can, however, replace this with Raw Honey if you want.)

Butter (Enough to brush the tops and the inside of your bread pans.)

+ In a large bowl, mix the boiling water, oats and shortening. Set this to the side and allow the shortening to melt.

+ While that’s going on, in a small bowl, mix together your warn water and yeast.

+ Now, go back to the Shortening – Oats- Boiling Water mixture and add your Molasses or honey. Stir in the eggs and salt.

+ Add the yeast mixture and 3 cups of your flour. Beat the batter until its all well blended and smooth.

+ Start adding the rest of the flour, slowly. You may not need all of the left over flour.  So add it little by little. Once it pulls from the sides, throw it onto a lightly floured surface. Knead until the dough becomes elastic and springs back when you poke it. Knead for about 8 or so minutes.

+ Form it into a ball and put it in a greased bowl. Place plastic wrap and a towel on top and let the dough rise for an hour.

+Once it has risen twice it’s size, throw it back onto a floured surface and punch it down. Divide it into three pieces. Lightly knead and shape each one and place it into the bread pans. Put a towel over them and let them rise again for 45 minutes. When they have risen to the tops of the pans, bake in the oven for about 40 minutes until golden brown. Slide from the pans, brush the tops with butter and then let cool.

For easy slicing, wrap the cooled bread loaves with plastic wrap and toss into the fridge. Once the bread is chilled, you can easily slice with a jagged edged knife without the bread bending or squishing.