The Welsh festival of the Bards, Gwyl o Bardd, ends at Sundown.

A Greek’s life was fairly simple or at least the things that made life worth living were. Good food, great company, conversations and, well, sex. Lots of it. They loved it so much, they revolved every God or Goddess that they could around it.

Pan was half man and half goat completely driven by lust. In fact, his image aided the stereotypical image of the Devil etch it’s ways into the minds of many during the Dark Ages to come. And although Pan was beloved of all Greeks, there were a good many superstitions and safeguards surrounding him, which makes sense, since he was one of their oldest Gods.

The word “Panic” actually came from “Pan’s” name. It was a cry he made, creating “Panic” that his enemies felt, a spell, if you will, that drained them of all their power and strength. Some sources claim “Panic” was what women felt if they were walking in the woods alone being stalked by Pan. 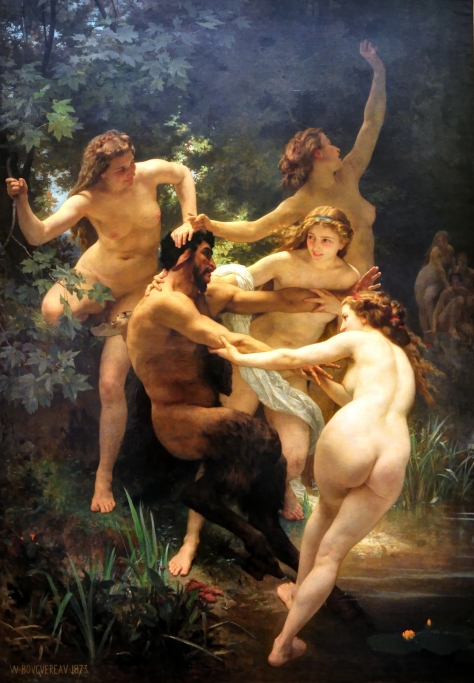 Also, even though Pan was a God of the Shepherds, they were weary too and made sure to respect him. Because Pan partied all night, that meant he slept all day. Every Greek Herdsman knew to be quiet when wandering about the woods during daylight. No one wanted to wake Pan before he was ready to wake on his own.

Sometimes Pan was compared to Dionysus, claiming they were one in the same. Their Legends were certainly simuliar and Pan did take credit to sleeping with every one of Dionysus’s Maenads.

And since today, the Greeks would have been honoring Pan, let me also point out that even the Ancient Egyptians showed favor in him having a place called, The City of Pan.