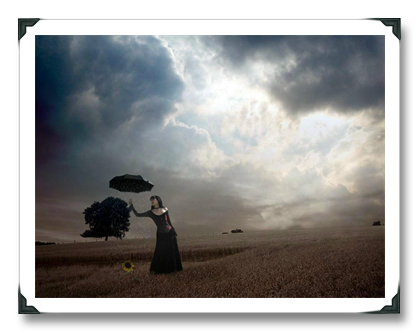 One of the Greeks favorites was the woodland Pan. This God was envied and highly celebrated. So it comes of no surprise that today was just one more day in their calendar honoring him.

Pan kept to the meadows and forests. He traveled with his own entourage of Nymphs during the evening hours. Pan was famous for his sexual encounters and exploitations. Pan in his day was the equivalent of a rock star in ours.

Pan had the legs and hoofs of a goat, plus the horns of one. In fact, many believe that he was so popular–being one of the oldest gods of the Greek pantheon, that the Christians used his image to form their artistic version of Satan.

Catch her and those who haunt her circle at: