Aja – West African Goddess of Forests. Aja is worshipped throughout Nigeria and in the New World Yoruban tradition as wise woman and healer.  She rules over forests, woodlands, and the medicinal herbs found within them.  She teaches herblore to her followers, ensuring the physical and spiritual health of the tribe.

Corn Woman – also Corn Maiden, Corn Mother, Yellow Woman. Native American Goddess of Sustenance. Many Native American tribes honor Corn Woman, the personification of maize and the fertility of the earth.  She is a triple goddess as She grows from young to old, eventually sacrificing Herself so that Her body may nourish and seed the earth with corn, so that the people may live and eat.  Corn Woman teaches her followers how to properly pray and honor their deities, as well as how to sustain health through the cultivation of food.

Gaia – Earth Goddess of Greece.  Gaia is the primordial mother of the gods and all creation sprang from Her union with the sky.  She is the embodiment of the earth and land, carrying the sea and mountains upon Her breast.  She is represented by all things green and lush, and is depicted as a full figured woman rising from fertile soil.

I pray for the healing of the earth

Of soil, trees, and sand

And the safe existence of all creatures within.

May the land be nourished.

May life be nurtured.

May growth be embraced.

Yemaya – also Yemoja, Iemanja.  African Goddess of Water. Yemaya is honored throughout West Africa and the Caribbean as the mother of the sea and the moon.  She is the keeper of the female mysteries and a guardian of women.  She aids in the conception of children and their birth, protecting and blessing infants until they hit puberty.  She is a healing goddess, showing compassion and kindness to those in need.  Yemaya is the personification of rivers and bodies of water, and is often depicted as a mermaid.

Chalchiuhtlicue (pronounced chal-chee-OOT-lee-kway) – Aztec Goddess of Water.  Mother of lakes, streams and the sea, Chalchiuhtlicue translates as Jade Skirt, or Lady Precious Green.    She is a fertility deity, presiding over the birth of children and blessing them during their first bath.  She is depicted dressed in clothing decorated with water lilies, holding a rattle in Her hands.  Chalchiuhtlicue’s shrines and temples were built near streams and irrigation ditches, and She is mainly honored by those who make their living from water.

In you Yemaya, all things are possible,

The tide ebbs and flows at your command.

In this time of tragedy

I pray for the healing of your seas

and for your aid in sustaining the life that depends on its waters.

May my will and energy combine with yours

Allow me to be of use, either in spirit or in body.

That your wisdom integrates with the minds of the young

So that they learn how to care compassionately for the waves that sustain our existence.

A while back, I posted an article here called Getting to Know Your Spirit Guides, which brushed the edges of subjects known as Angels. With the feedback and my own theories of study, I decided to share what I had and to attempt looking deeper. While most people believe Angels are a Christian term, the creation ‘of’ is not. It seems that every culture prior or during, had their own versions.

So, taking a look at those now,(or some) we can do something of a genealogical trace concerning “Angels’.

Brief overview: While Christian views concerning Angels and what they might be or might look like, varies, according to other religions, they weren’t always celestial beings of vast light serving God with purity (or what we have come to believe as pure). And while we have such stories concerning the Fallen which places them at the helm of God’s punishment for ‘loving humans’, beliefs prior to that had them doing nothing but…

The Hindu had their own version called Apsaras. The Apsaras didn’t have a thing to do with divine miracles or being the messengers of an out-of-reach God, but instead were all about sexual bliss. And mind you, in those days sex was a sacred thing, not the shameful sin it became in later times. The Apsaras granted such (sexual and orgasmic bliss upon those who were deemed ‘blessed’.

Amazingly, the Hindu angels main talent and gift was lovemaking. And they were considered the ‘perfect’ lovemakers at that.  They did not tire out, lose energy or release bodily fluids of any kind. They could not get pregnant, could not give birth, nurse, nor had the pesky once- a- month–menstruation. Even after all this,though, they were shown, at times, as mothers. However their children just appeared on their laps at or around the age of five. These beings were considered perfect, and were known as ‘Dispensers of Joy.’

Vikings had their form of Angels called Valkyries. In short, since this will be too long of an article if I cover each one in depth, but Valkeries would watch over the battlefields waiting for brave warriors to die. When they did, they would fly down and carry them off to the Halls of Valhalla where Odin awaited. Earlier images suggest that the Valkeries were Amazonian like Priestesses who guarded the Gates of Death. They symbolized devouring those who died in order to give them renewed life. (Your basic destroyer/rebirth Goddess tale)

The Greek version of Angel was called Horae. The Horae were sacred Nymphs of the Goddess Aphrodite. They were famous for the Dances of Hours. They were also known to be the midwives of the Gods and the inspiration for the human version of sacred Horae (sacred priestesses also known as harlots)

The Persian version of Angel were called Houris or Houri or Peris. Again, these were sexual angels–heavenly Nymphs, which were also the same as the Babylonian’s Harine, Semite–Harlot. The Persian version, Houris, were known as dancing Ladies of the Hour. They were the keepers of time in Heaven and tended those there called star-souls.

In ancient times, the Shakti were known as many things but one of which was an Angel or spirit-wife, in which  each person had. Once the person died, though, the Shakti came down from the heavens, took the man or woman into their arms, wrapping them up in their rapturous embrace at the exact moment of death.

So with all this information being said, and given the habits of biblical writers who seemed to pen the opposite or interpret certain subjects as a lesson to steer believers away from a popular idea or practice….then perhaps there was a reason behind the Fallen Angel myth, after all.

I will admit, it was a hard one for me to figure out, until now. However, since the story goes that these Angels fell in love and had children with humans…then maybe it was to conteract the popular belief that Angels (in every ancient culture before) were allowed to have sexual relationships and or were the very essence of????? So for any mortal man or woman who believed this or desired to be with their ‘angel’ they would begin to fear the idea, and the wrath of this new God.

Here’s hoping you draw your own theories and conclusions and share.

The Woman’s Encyclopedia of Myths and Secrets 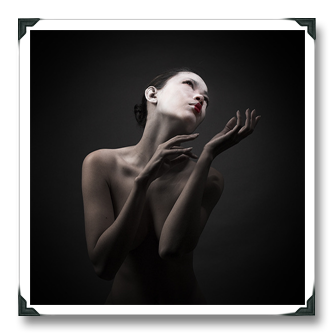 Fortuna is the Roman Goddess of luck. She was also patron women and fertility. So it’s no surprise that today (in Ancient History) Rome made sacred to her. She seems to be one of their favorites, so pops up quite a bit here and or there on their calendars.

However, today didn’t belong to Fortuna alone. Women of Rome would have also celebrated Matralia, honoring Mater Matula, a Goddess of both dawn and birth.

If women had been married once, and only once, would go to Mater Matula’s temple in the Forum Boarium and place a wreath upon the statue of the Goddess. They would ask the Goddess to foresee the health and protection of their nieces and nephews…as well as their own children.