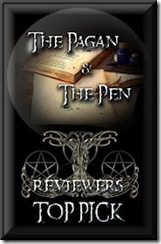 About The Book: What is loss to the human heart?

A spirit of nature, misunderstood and forgotten by modern man, when drawn out on the one night he roams the darkness freely, seeks to understand the meaning of loss and ease a young man’s pain.

Bran Conleth is a man broken by the ultimate loss – death. Desperate to summon his deceased lover he chooses the one night when the veil between the land of the living and the land of the dead is at its thinnest. Instead of his lover, he calls forth the embodiment of the night – Samhain.

Together they share one incredible journey that will teach Samhain about human loss and Bran that there is life after death.

Dealing with the grief of his lost lover Bran takes to doing an ancient ritual, which will bring back Dmitri. The story unfolds with the unveiling of the past for Bran and his loss, as well as going though the ritual as it takes place. Alongside we get the impressions and thoughts of the almost forgotten deity of Samhain, and his place in the cycle. Jesse Fox creates this beautiful tapestry that weaves the past and present with magic and tradition. The story is like a dance going though the stages of grief that we experience when we lose a loved one. Bran learns to live with the joy, instead of holding close the pain of the one event that pulled them apart.

“This … is just one chapter. Now you must turn the page and see what awaits you in the next chapter” p.34,

The above quote perfectly expresses how this story unfolds.

I found the flow of the story was natural, and didn’t feel as though I were being thrashed by scene changes, or “oh yeah” moments. The descriptions of each character, the scenery, and atmosphere were rendered so vividly I could feel and see what was occurring. I felt that dealing with, and acceptance of the loss, was an important theme to this book. To have it pulled together with the idea and celebration of Samhain, the end of summer, the end of the cycle was a wonderful way to mesh the story. As we have all felt loss in our lives, the reminder that they live on and that we can find solace in another’s embrace, or in our faiths, is a great relief.

Big on the recommend scale, especially for those who are looking for something with a bit more pagan in its pages.

Title: The Killer Within

When Metro City’s number one crime fam­ily develops a drug that turns ordinary people into mindless assassins, detective Frank Arnold makes it his mission to bring them down. But things take a turn for the worse when the syndi­cate targets someone in the police department to carry out their next hit. Everyone’s under suspi­cion, including Frank himself as he tries desper­ately to crack the case before his time runs out, permanently.

This short read was action packed from page one to the ending. I’m a mystery/suspense buff anyway, so this one had me from the title. The story is exciting, believable and well written, all though I found a few minor editing issues, but nothing that distracted from the story at all. My biggest complaint with this story is the length. I wanted more! There is much more to Frank Arnold and in this story, we only get little glimpses of who the man really is and what his life is about. I hope Mr. Kahn is at his computer writing the next installment of Frank’s life because inquiring minds want to know! This would make a fine novel and I look forward to reading whatever the author has in store next.

About The Book: Jill Morfranna, a sassy redhead from New York, is enjoying a photo shoot in the Scottish Highlands

when she stumbles into an alternate realm. Trapped in a frightening world of strange creatures,

her life turns upside down when a sinfully handsome shape-shifter kidnaps her. Will she win Dare

of Knight Watch’s heart or will he trade her for his sister at the next slave auction?

While Jill Morfranna is on a trip to the Highlands she comes across a wondrous castle that she begins to photographs. While getting a better view of the castle she stands atop the magical rocks of Morfran and inadvertently travels into another realm. There she meets Dare a gorgeous man with a great physique but he isn’t just any man, he is a shape-shifting prince. Dare is in search of his sister and intends to trade Jill for her at the slave auction. Can Jill win his trust and escape the auction block to find her way home or is she lost forever in this forgotten realm?

H.C. Brown weaves an engaging and intriguing tale of a beautiful world and its occupants. Well written and fast paced this story had me from the very beginning. Jill is a great heroine. She is smart and brave and even feels like most of us do in the real world about our bodies. Dare is one hot alpha male who is not afraid to show his softness and his love for those he truly cares about. The relationship that builds between the two is a great read and Jill’s first sighting of Dare is one hot scene. Each and every character makes an impression on the reader from the hateful Ram’s to the wonderful alpha males. It is rare that all the characters in a story call to the reader’s attention making them want to know more about them as the ones in this book do. After meeting all of the men and woman in this book I cannot wait to see who’s story comes next and what adventures they will take.

Cover (Rated 1-10): 8 nice cover that includes all the elements of the book, man, castle, and cat.

Title: In The Spirit

Tresa Grauenvoll had the perfect life.  Beautiful, intelligent, engaged to Jurgen Elman, lord of a vast estate, she couldn’t have wished for more.  Then two weeks before her wedding, Tresa is accused of the ultimate betrayal–treason. Sentenced to die by the love of her life, she’s hanged for crimes she did not commit. As her life ebbs away, supernatural intervention transforms her from country gentry to Grim Reaper, exiles her to a foreign land and forces her to harvest souls.  For centuries she has waited for the man who condemned her to cross paths with her once again so she can exact her revenge.

Immortal Ned Odognagap and his girlfriend, Katie, are witnesses for Artim and Jenna’s Halloween wedding and conversion ceremony that will change Jenna from human to immortal. It’s the perfect time of year for the events since the veil between worlds is thinnest and those who have passed can join the festivities.

Ned has one problem, though. Tresa, the woman he knew and loved when he was called Jurgen, has returned with a vengeance. Can Ned withstand Tresa’s torment long enough, without driving Katie insane in the process, to find out and explain what happened that fateful day and tell Tresa he loves her still? Or will he and Katie succumb to death’s ire?

In the Spirit is the sequel to C.R. Moss’s Holiday Spirits which I did not have the pleasure of reading, but this is a story that stands alone and doesn’t require reading the first in its series. The story sets out about the Grim Reaper Tresa, who in her past was scorned by her lover and fiancé Jurgen, who sentenced her to die for crimes she did not commit. And as they say of a woman scorned, she always held the hate and anger of her thwarted life and love. Now the story progresses and it’s hundreds of years since that day and Tresa comes across the immortal Ned, who she is drawn to only to realize that he is her long ago lover, Jurgen.

This was a cute story in the little tortuous things that Tresa did to Ned/Jurgen throughout the story. Moss was able to keep the story alive with the little nuances of feelings and scent memory. I enjoyed the ebb and flow as the story wove from the past to the present, slowly advising the reader about the whole story of what has occurred with these two.

The writing was what I have come to now expect with C.R. Moss, in that it was clear and captured the reader’s interest in wanting to learn more and read more. This is a nice quick read for anyone who is looking for an escape on a weekend afternoon.

In terms of Pagan elements, there is discussion in regards to Germanic Gods and Goddesses, the concept of immortality and rites and rituals on Samhain.

7 – The cover page is well rendered, and definitely pretty to look at. What draws me to it is the contrast of the title to the overall colour scheme alongside the rendered figures, their eyes are well eye-catching.