Thursday represents Thunor or Thor–the god of thunder and agriculture

On the 5th of November, Pagans Celebrate: 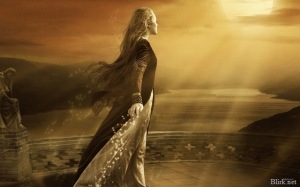 1605 –A group of disillusioned Catholics conspired to set off 36 barrels of gunpowder in an attempt to detonate the House of Parliament’s. Their goal was to kill King James I but alas, they failed.

One of the Conspirators became concerned that innocent people would be killed, so off he rushed to tell the King. But when the cellar was flooded by the King’s men…another conspirator was caught–Guy Fawkes.

Even though after checking the Gunpowder and discovering it was so old that it would have harmed nothing anyway, the attempt to kill the King spooked everyone so much that for 4 centuries after, that same cellar was searched on the day before Parliament was to open.

Afterwards, England remembered Guy Fawkes on that day by burning bonfires all over England.

Now, what does this have to do with Pagans since the assassination was an attempt by Catholics?

On the day that the fires burn for Guy Fawkes, Pagans had been burning their bonfires to banish or rid of the spirits of the previous year. They created Effigies or images out of woven straw and or grain. These were lit and the smoke was used to cleanse the spirits away.

It’s believed that Pagans, in order to protect themselves and their rituals, adapted, blended, and merged under the veil of Guy Fawkes and the celebrations done for him.

In other words, since everyone else was burning Effigies and bonfires anyway for him…then who would notice a bunch of Pagans doing what they have always done?

Something to think about.

Courtesy of The Pagan & the Pen!